A concept of a novel Game Show for TV audience, that I name Twist-a-Tweet show!

Naturally, this game show is based on playing with the dynamic text streams, that are produced by Twist a Tweet app. I need to remind that the terms of service for Twist a Tweet iOS app state the following: "Viacheslav Olchevski gives you a personal, worldwide, royalty-free, non-asisgnable and non-exclusive license to use the software..."  That precludes any commercal use of Twist a Tweet app's output, unless it is properly licensed. A patent filing to USPTO # 62/995,077  protects this invention.

There could be several rounds where different aspects of dynamic text are presented as a challenge to the game payers:

2) A phrase is split into word groups - in word pairs, triples and long single words. The colors of the letters and backgrounds could be different for each group. The transition speed could be different too to increase the complexity. The words inside the groups could be shown one time or the could be playing in a constant loops. All groups are shown at once. to all players. Who makes the first correct guess of the phrase wins the round.

3) Variation of #1 and #2, when some or all word groups are played backwards. (this option will be implemented in the next release of Twist-a-Tweet app)

4) Variation of #1 and #2, when some or all word groups are played mirrored (that is they could be read in a reflection in a mirror).

5) Variation of #1, #2, #3 and #4, when the color of the characters and the background will be dynamically changed in a rainbow fashion. (this option will be implemented in the next release of Twist-a-Tweet app)

The experience could be enhanced in future 3D version of the app, when dynamic text streams are observed in stereo via individual Cardboard googles. The stereo effect will not be produced on a large screen.It will require every participant to have an iPhone with installed Twist-a-Tweet app. A special "game show" input mode will be developed, where the participants will receive an unknown to them phrase, that they will not be able to see as a normal text. The settings for the "game show" mode will also be outside participants' control. 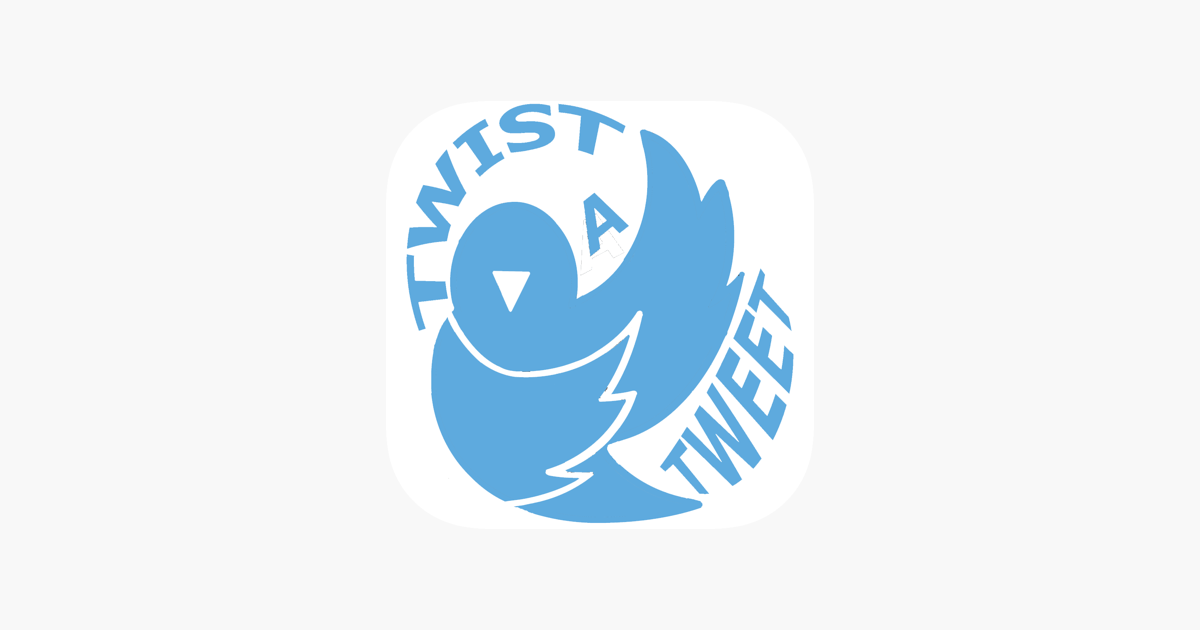 ‎Twist a Tweet
‎The app converts tweets from Twitter, text messages typed in or selected from a library into streaming text. It could be uploaded as MP4 video files to Facebook or youTube accounts, attached to a tweet to an email. These streamed text messages can not be...
Undefined